As announced by Hon’ble Minister of Railways in his Budget Speech of 2016-17, 22317/22318 Sealdah-Jammu Tawi HUMSAFAR  EXPRESS will run o­n every Monday from Sealdah and o­n every Wednesday from Jammu Tawi. The exact date of introduction of this train will be communicated shortly.

Further, 13117/13118 Kolkata-Lalgola Express will run four days in a week in place of present three days in a week.  13401/13402 Bhagalpur-Danapur Express will run as daily except Sunday. 18 Mail/Express and 15 passenger trains are provided with additional stoppages. Three pairs of Express trains are also upgraded to Superfast trains. Arrival times of 32 Mail/Express trains have also been revised. 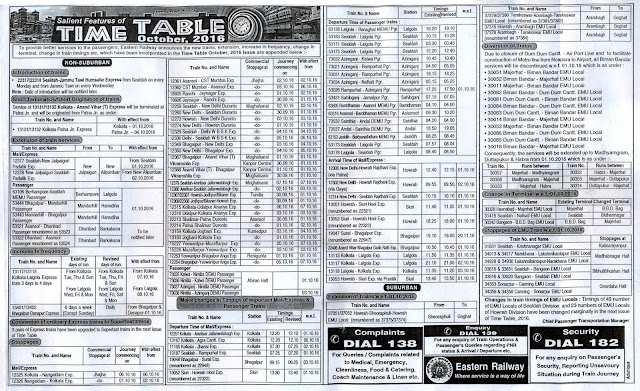