Minister of Railways inspects the rake of Humsafar Express

✔ moderator 22:02
Minister of Railways Shri Suresh Prabhakar Prabhu inspected the rake of Humsafar Express today i.e. 9 December 2016 at Delhi Safdarjung Railway Station. In his Budget Speech of 2016-17, he had announced the introduction of Humsafar Express, as a fully air-conditioned third AC service with an optional service for meals. 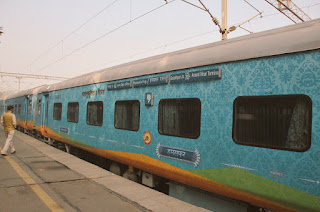 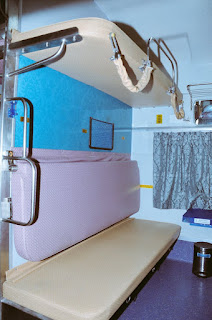 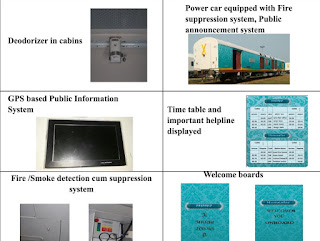 the first Humsafar rake comprising of LHB (Linke Hofmann Busch) AC – 3 Tier coaches and Power cars has been turned out from Modern Coach Factory, Raebareli on 12th November 2016. The Humsafar coaches offer better facilities / amenities for the passengers, some of which are listed below:

A total of 10 Humsafar trains have been announced by the Ministry of Railways in the new time table. Of these, Train No. 12595 Gorakhpur-Anand Vihar (T) Humsafar Express, with a composition of 16 AC 3 Tier coaches and 2 Power cars, shall be the first Humsafar train that is going to be inaugurated soon.

It is planned to manufacture 10 Humsafar rakes during the current financial year at Modern Coach Factory, Raebareli and Rail Coach Factory, Kapurthala. The cost of a Humsafar AC 3 Tier coach Rs.2.58 crores, as compared to Rs.2.39 crores for a normal LHB AC 3 Tier coach.
Share this with short URL: Get Short URL
INFORMATION
NEW TRAIN