✔ moderator 12:24
Tejas Express will be a semi high speed train brand of Indian railways to be introduced with modern on board facilities. Tejas Express is set to roll out in 2017. The coaches are manufactured at Rail Coach Factory. It will operate at a speed of 130 kmph. Coaches will have Bio-vacuum toilets, water level indicators, tap sensors, hand dryers, integrated braille displays, LED TV for each passenger with phone sockets, local cuisine, celebrity chef menu, WiFi, tea and coffee vending machines, magazines, snack tables, CCTV cameras, fire & smoke detection and suppression system. The fares will be 20% to 30% more than shatabdi Train fares.

Coaches of Tejas are almost ready in Kapoorthala Rail Coach Factory(RFC) and passengers will enjoy the ride of the train from April 2017.
Train no.12585/12586 Lucknow-Anand Vihar(T) Tejas Express
The train will run six days a week except Thursdays and will have one stoppage at Kanpur between Anand Vihar and Lucknow stations. 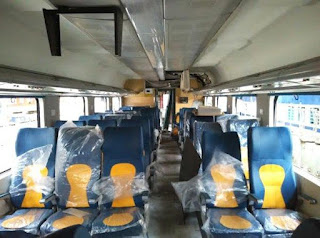 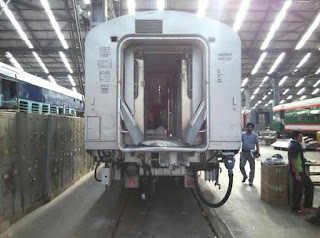 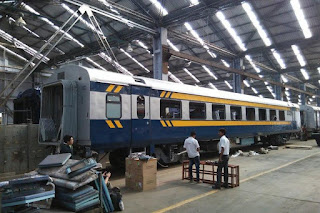