Home Humsafar INFORMATION NEW TRAIN Introduction of a New Bi-Weekly Hamsafar Express Train No. 22867/22868 Between Durg and Hazrat Nizamuddin From 26.04.2017 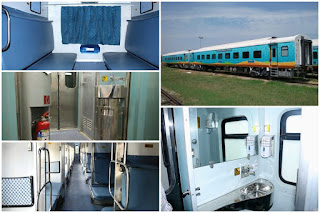 For the convenience of rail passengers railways have decided to introduce a new bi-weekly Hamsafar Express Train No. 22867/22868 to run between Durg & Hazrat Nizamuddin as per the following programme.