Speaking on the occasion, Minister of Railways Shri Suresh Prabhu said that the inauguration of passenger amenities at various station of Mumbai is an important event. Mumbai is the commercial capital of India. Around 80 lakhs passenger travel in the Mumbai Suburban Railways, Railways is trying its best to provide better passenger amenities. Lift, escalators, Foot  over bridges are to be provided at small stations too. Railways need cooperation of the travellers in maintaining its property. Railways is working with State Government to form Joint Venture so that other Rail Development projects are initiated soon. 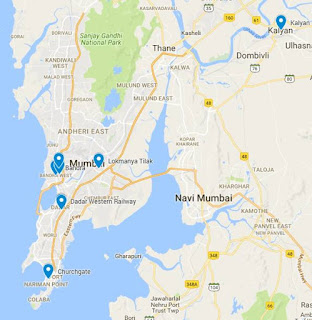 Salient Features of the Passenger Amenities:
Indian Railways is always on the forefront to guarantee cent percent satisfaction to its esteemed customers. Under the able leadership of Shri Suresh Prabhu, Hon'ble Minister of Railways, Indian Railway is leaving no stone unturned to achieve this promise. Provision of passenger amenities is one of the important objectives of Indian Railways both in terms of business ethics as well as social obligation. Fulfilling the long standing demand of the commuters Shri  Prabhu will be inaugurating  various passenger amenities as under through video conferencing from Rail Bhavan, New Delhi on 16th May 2017.

Elevated Deck at Borivali Station:
Borivali is one of the important stations on Indian Railways. On the suburban front, there are local trains originating, as well as terminating at Borivali station. All suburban trains going beyond Borivali, too have a halt at Borivali station. Mail, Express, as well as Passenger trains, halt at Borivali station. Looking at the voluminous traffic and for easier passenger movement, it was proposed to construct an elevated deck at Borivali. The work of this elevated deck situated on Platform No.1 has been completed. The elevated deck is 10.5m wide and 300m long connecting all 5 FOBs as well as the skywalk. A Booking office too has been constructed on the south end of the deck. An elevator has been installed on Platform No.1, which connects to the deck. This will hugely help Senior Citizens and Divyang passengers.

The FOB at Dadar station is 6m wide and 200m long and situated near Tilak Road Bridge at north end of Dadar station. This FOB connects Tilak Bridge, PF No.1, 2 & 3 of Indian Railways and PF No.3 to 8 (Dadar Terminus) of Central Railway. Two escalators are installed at PF No.1 of Dadar station.

The new FOB at Matunga Road station is 17m long and 6m wide.  It connects PF No 1/2 to west side exit and north FOB.  It also connects to south FOB through skywalk passage. Cost of construction of this FOB is Rs 2.99 crore. A new 6m wide FOB has been constructed at the north end of Bhayandar station. This FOB connects East to West and all the platforms. Two escalators have also been installed at Bhayandar station on PF No. 5 & 6. The overall cost of works at Bhayandar station is Rs.11 crore. New escalators have been provided at the south end of PF No.2A of Vasai Road station and on the north end of PF No.2/3 at Nallasopara station. The escalators will prove to be a great boon to Sr. Citizens.

Passenger Reservation Centre at Nallasopara station:
Nallasopara has witnessed a huge growth in its population, especially of migrants. Keeping in mind the convenience of the people to book tickets for long distance trains, a Passenger Reservation Centre has been opened at Nallasopara station. This PRS will benefit passengers, as now booking of tickets will be available at a more convenient location.